The Principal of Rostrevor College (and Acting EREA Regional Director) , Brian Schumacher, will join his brother Ian on a six-week, 4500km bicycle adventure from Fremantle to Sydney from April 1 to May 14, raising money and awareness for Integra Service Dogs Australia.

Integra dogs are specially trained canine guardians for veterans and first responders who are suffering Post Traumatic Stress Disorder (PTSD). The dogs are trained to become emotionally tuned to their handler and provide unconditional support through the trauma and stresses of everyday life. It costs approximately $30,000 to train, match and place an Integra Dog with a veteran or first responder (such as a former police officer or emergency services worker) suffering from PTSD.

Olympic cyclist Anna Meares and para-athlete Ironman World Champion Matty Brumby are two of Integra’s Ambassadors and will meet Brian and Ian upon their arrival in Adelaide on Wednesday April 28 to celebrate the half-way point and highlight the work of ISDA in SA.

Brian will be joined on that day’s leg into Adelaide by a peloton of Rostrevor College students and staff and other supporters of Integra Dogs.

Brian is currently on secondment as the Regional Director for Edmund Rice Education Australia, providing support and guidance to Principals from several Colleges in SA, WA and the NT, including Rostrevor College, CBC and St Paul’s in Adelaide.

His passion for endurance adventures saw him ride almost 1000km from Hay, NSW, to Maitland, NSW, in January last year in support of his brother Ian on the second leg his own Maitland, SA to Maitland, NSW ride in support of families who had lost someone through suicide. Brian and Ian lost their sister, Merilyn to suicide in 1997 after a long battle with mental illness. Thus, the brothers have a passion for supporting mental health initiatives and for getting behind causes like Integra Service Dogs Australia.

“There’s something liberating about being on a pushbike. You get a very different perspective of the country and you meet the most amazing people. Whenever you stop in a town for a cup of coffee or a bite to eat, people will always come up for a chat and ask you what you are doing and why,” Mr Schumacher said.

Brian has sons in the Police Force and Army, so understands the pressures on first responders and defence force personnel.  Their decision to ride for Integra Service Dogs Australia came not long after the bushfires that ravaged so many communities over the 2019/2020 summer when it was expected that many of those brave first responders would themselves suffer long term trauma associated with their work. The onset of COVID-19 has added to the toll on these important groups of Australians who live and work in every town and city across the country.

“This coast-to-coast ride is a good opportunity to support an organisation which is doing wonderful work for veterans and first responders who have served Australia with distinction and are now suffering from PTSD,” Mr Schumacher said. “This our way of saying thank you for your service. The impact of providing vulnerable people with a support dog that gives them renewed purpose, greater confidence and unconditional support is life changing – and it saves lives.”

The pair will ride approximately 120km a day travelling through Esperance, Nullabour, Adelaide, Echuca, Thredbo, Canberra, Wollongong before finishing in Sydney. At the end of their journey, they hope to meet some Integra Dogs and their handlers at an event on the steps of the Sydney Opera House.

We wish Brian and Ian all the best.

If you would like to learn more or join them for some of the ride, please email: brian.schumacher@erea.edu.au

Find out more about Integra Dogs and their important work. 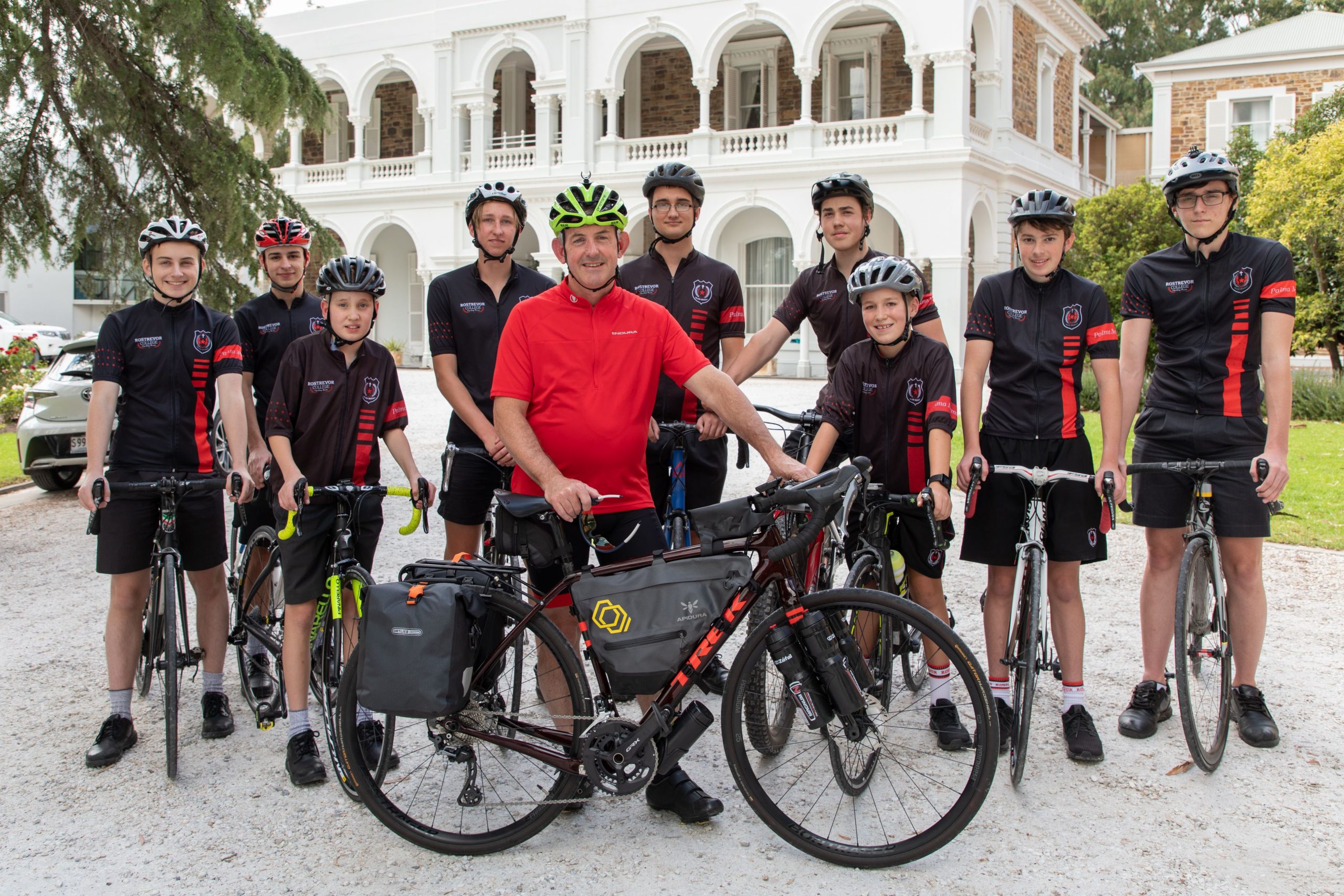