Noosa Flexible Learning Centre young person, Talisha, has got behind the Edmund Rice Foundation’s campaign to support the education of women and girls from around the world.

Growing up in a tent on the Sunshine Coast, 16-year-old Talisha missed out on many of the basics most Australians take for granted.

“I grew up in a difficult spot – always short on money. It was rough. We didn’t properly have a house to live in,” Talisha said of her life at the Johns Landing camping ground at Tewantin with her two sisters and her father.

Despite those setbacks, Talisha has put her “Best Foot Forward”, the name of a fundraising campaign she supports, and is seeking donors to help educate and empower girls and women across the world.

Best Foot Forward is holding a national day of giving this Friday, November 6, helping to support both domestic and international aid programs delivered by the Edmund Rice Foundation Australia.

Talisha said education was a key to treading her own pathway in life, and finding her own authentic voice.

After years of faltering attempts at home-schooling, she has spent the past four years developing life skills at a Flexible Learning Centre, working towards completing Year 12 and a long-term goal of acting.

FLCs are part of Edmund Rice Education Australia’s national initiative to provide for young people who have difficulty accessing mainstream school for a variety of reasons.

For Talisha, the FLC at Noosa is proving a life-affirming breakthrough and she wanted to share her personal story as a contribution to the Best Foot Forward fundraising efforts.

“Everyone’s got different struggles. Everyone has their own voice,” Talisha said.

“I think it is very strong to hear someone talk about their life issues, and that word gets spread and helps other people in that same situation.

“If more women stood up (to speak) about their own problems and how they grew up, it would raise awareness.”

Gender equality is a fundamental human right and girls have an equal right to education – but the numbers show otherwise.

According to the United Nations, two-thirds of the world’s 750 million illiterate adults are women, while 16 million girls will never set foot in a classroom. 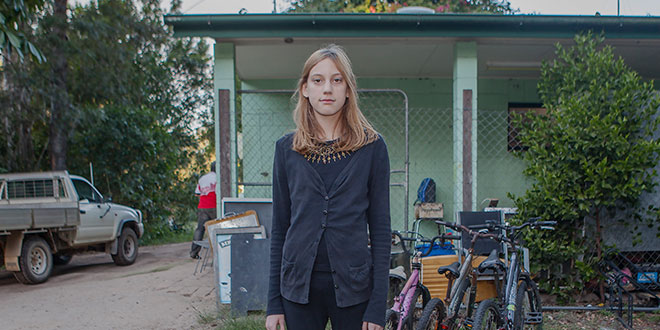